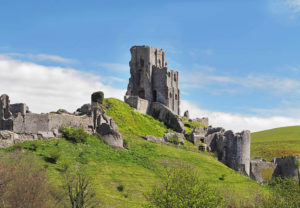 The breed originated in Britain in the mid 1800s, at the time when the gap between the rich and the poor began to widen as a result of the country’s fast economic growth. As is well known from Charles Dickens‘ novels, wealthy members of society, subject to attacks from the desperate and impoverished masses, had the law on their side, and it stipulated almost draconic penalties for property-related criminal offences. Consequently, the thieves of the era, who made a living in the countryside by poaching in manorial woods, would often go as far as to kill gamekeepers in order to avoid what would frequently amount to death penalty, and that was when bullmastiff dogs came into play.

Gamekeepers turned for protection to dogs who were at home on the British Isles – the English Mastiff and English Bulldog. “They needed a big, powerful and brave dog, such as the MASTIFF, who would at the same time be aggressive, ferocious and tough, like the ENGLISH BULLDOG, back then even taller, stronger and more agile than now. After the year 1860, the first crosses of these two breeds began to appear. While the former had been inhabiting the Isles for at least two thousand years and had the blood of ancient war and gladiator molossers running in the breed’s line, the latter had begun to form at the start of the 13th century, with hundreds of years of bull-fighting experience to its credit , …“ (CÍSAŘOVSKÝ, M.: Pes, nekonečný příběh od pravěku do třetího tisíciletí; CANIS 2008, ISBN 978-80-900820-1-4). 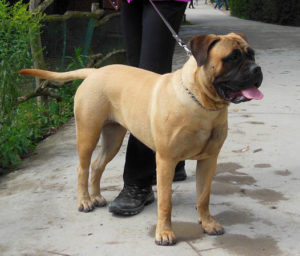 As the early Bullmastiff breed soon proved in practice, it was a lucky choice. Because gamekeepers used these dogs mainly at night, the breed became known as the Keeper´s Night Dog. The preferred colour was brindle, providing the dog with an effective camouflage in the shadows of the forest. The Bullmastiff’s silent way communication was also useful – dogs of this breed did not bark when spotting a poacher, alerting their master to the situation by wrinkles on the forehead instead without attracting the offender’s attention.

As the social situation in the country calmed down at the end of the 20th century, the Bullmastiff lost its original purpose. Yet, Bullmastiffs soon found a new role as police dogs, guardians and social dogs, largely thanks to S.E. Mosley, the father of modern-day Bullmastiff breeding. The Bullmastiff was recognized by the The Kennel Club in 1924 as a pure breed, which paved the way to the breed’s spread outside of the British Isles. “Although Bullmastiffs no longer fulfil their original function, they are still good guard and watch dogs, and great companions when properly trained. The standard of the Bullmastiff characterizes dogs of this breed as full of power and stamina, active and reliable, very agile, watchful and loyal.“ (CÍSAŘOVSKÝ, M.: Pes, nekonečný příběh od pravěku do třetího tisíciletí; CANIS 2008, ISBN 978-80-900820-1-4) 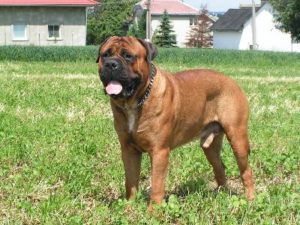